The case of the disappearing RAM

Staff member
Moderator
A couple of nights ago, a program I was using told me I had 8GB of RAM installed, when I in fact have 12GB, and I just ignored it because I thought it was a fault of the program. Well, I happened to see the 8GB figure again, and sure enough, I rebooted to find the BIOS detecting just 8GB of RAM. I've been using 12GB of RAM for months and months, so what's the deal?

I booted into the BIOS, and this is what I saw: 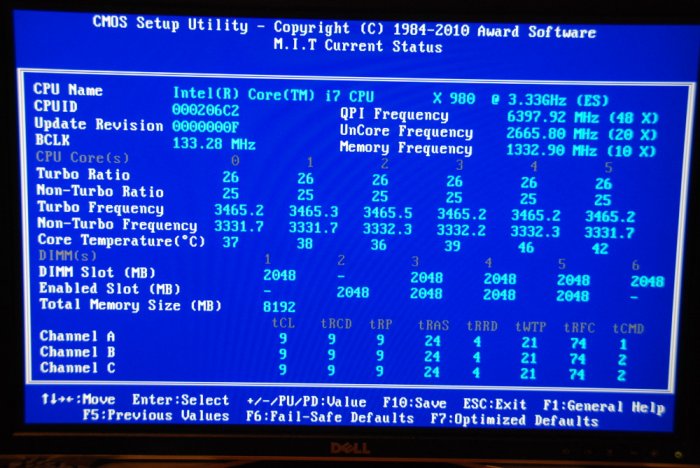 Notice that for some reason, two modules are not "enabled", and one is not even shown as being installed, yet it IS enabled. It's foolishness. I flashed to the latest BIOS, hoping taht would fix things, but it didn't. What I did do was swap the memory modules from one slot to the next, A <> B, C <> D, E <> F, and then rebooted. Surprisingly, that fixed it. 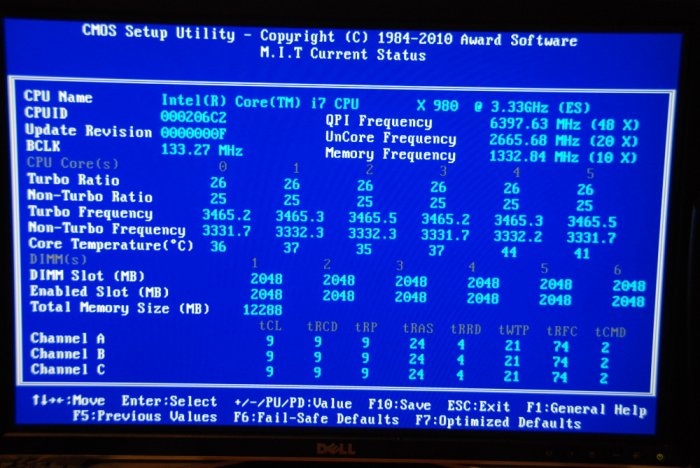 Has anyone had this happen before? I'm wondering what would cause it, since I've been using all 12GB for a good while. I wasn't overclocking or fiddling around with settings like that, so this is bizarre.

I have either had bad slots, bad memory or bad installation, not a hiccup like this.

Is your main rig your test rig too, Rob? If so it could be they popped -just- out of position with the case being moved around while components are being installed or removed.

Staff member
Moderator
I just test external storage with this PC, nothing else. I'm in the PC on occasion, but it's impossible for me to dislodge the RAM, as nothing I ever swap out comes near it. To add to it, I'm using a RAM fan that makes it hard to even reach in and touch them. So I don't think that's the problem.

Sweet! Deleting System32 folder now. Thanks for the advice!

No System32 folder in Linux, anyone have other suggestions?

Yes. This should work:

There are actually some jerks that will tell unsuspecting new linux users to run that at the command line.

Staff member
Moderator
Oh, I believe it. I just thought I'd return that suggestion with one where I delete your forum account ;-)