Staff member
Moderator
So, this is about as intense as it gets. 4x Titans, each equipped with a VRM ripped from an ASUS HD 7970 card. There are a couple of things I am not understanding though, such as how they got 4x Titans to work when NVIDIA only supports 3x. But given the frankenstein they created here, it's probably best to not ask questions. 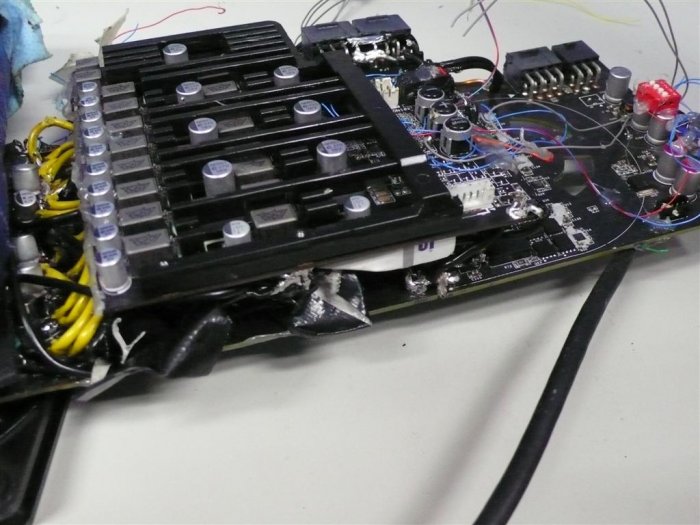 I believe EVGA Titans are 4-way IIRC. Also.... lol nice Shammy is nuts. This zombie is way more ridiculous than the 580 with 480 VRMs.

480 pwm is for memory and matrix pwm is for gpu. Another one board pwm is for PLL. This means one Titan has 3 zombie mods.
Click to expand...